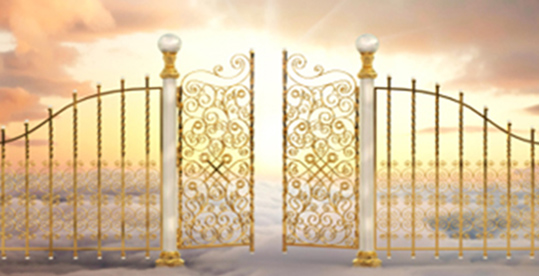 It is heart-warming when one finds a group of people or even a throng giving their lives and service to God.  What can be more glorious than a multitude of Christians praising and worshipping the Lord either in the church services, at conventions, revivals, etc.?  What first comes to mind is this – “these are God’s own chosen people; the elect of God.”  Such an atmosphere gives you a feeling and glimpse of what happens in heaven and most of those involved in such an event conveniently imagine themselves being part of the heavenly host on the day of glory.  Rightly so.  Yet, I hasten to add that there will be surprises about how many actually will be among that glorious throng on the last day.

When we talk about the “elect”, or the chosen people of God, every professing Christian automatically arrogates this privileged title to himself or herself.  But who really are these “elect”?  The scripture tells us in Rev 20:4 “Also I saw the souls of those who had not worshipped the beast or it’s image and had not received it’s mark on their forehead or their hands.”  “They are those upon whom God has put his seal and given the Holy Spirit as a guarantee” (2 Cor 1:22).  It is these who shall enter into His rest.  The seal or mark on the soul either for the devil or for God is the identifying symbol.

There are two sides to every person.  The physical, which is made up of the body, is geared by the heart and the spiritual part which is motivated by the soul.  Of these two, it is the latter that God relates to in matters of salvation.  When we talk about the resurrection or life to come, it is the soul that is the participant.  Therefore when the Scriptures refer to those who have not defiled or bowed to the beast, he is talking about souls that have remained untarnished – not sold to the beast.  They have the seal of God on them – the name of God on their foreheads.  This is not to say that these were sinless while on earth.  They were imperfect in their hearts and minds just like every human being; however, they kept their souls preserved in purity for the Lord.  These are God’s elect.

The average Christian presumes that as long as he believes in God, serves God, worships God, he is a chosen one.  Many people exercise great zeal for the Lord in their church work, evangelical outreach, fasting and praying and the like.  Some of the gifts of the Holy Spirit may even manifest in them.  They bear fruits of the Holy Spirit, burn with zeal for the Lord and are most conversant with the Scriptures.  What more could Christianity call for, you may ask?  Contrary to such ideas, there is a deeper mystery behind salvation; a greater insight into God’s election of His own people!  To drive the message home, let us take a hypothetical case.

Take a country in which there are citizens as well as immigrants.  Naturally, all citizens have full rights to the social, financial and political benefits of the country in as much as they retain their nationality and remain law abiding.  The immigrants on the other hand are law abiding.  There are some facilities which are open to them in their right as ordinary law abiding residents of the country, but in others they are restricted unless they have acquired a slightly more privileged status of permanent residency.  However, they can enjoy all the rights of the citizens as long as they renounce their own nationality for that of the country in which they reside.  In the event of that country making a declaration that her citizens will migrate to a more prosperous land, it is only the citizens and those who have attained such a status by naturalisation (i.e. by renouncing their home nationality) that will be allowed in.  Not even those who have the permanent stay status will be allowed because though they were but a little less than the citizens, they had not renounced their allegiance to their home countries.  Therefore, they are not heirs of that kingdom but had been mere beneficiaries all long.

So it is with the kingdom of heaven on that day when the roll is called.  Your service to God is but a secondary issue.  The primary determining factor is the state of your soul.  Has it kept it’s allegiance to the Lord?  Or while supposedly you are serving God and receiving His blessings, is it still tied to the devil?  In a parable of the kingdom concerning the wheat and the weeds (Matt 13:24-30), when the servants asked to uproot the weeds from among the wheat, the master forbade them.  In vs 30, He said, “let both grow together until the harvest; and at the harvest time, I will tell the reapers, “gather the weeds first and bind them in bundles to be burned but gather the wheat into my barn”.  Jesus is that master.  The ‘wheat’ are his own people, the ‘weeds’ are the parasites – so called Christians who do not bear God’s mark but the devil’s.  They flock every congregation of God’s own people and enjoy the benefits therein.  But Jesus allows them to stay among His own, lest in throwing them out, the ignorant, faithful ones may be affected.  But on the day of judgement the sorting is done and only those of the Lord will be taken.

My brother or sister, if you know yourself to be a counterfeit Christian, now is the time to break your ties with Satan.  “Do you not know that the unrighteous will not inherit the kingdom of God”?   (1Cor 6:9).  The Scriptures say “God is not mocked, for whatever a man sows, that he shall also reap“          (Gal 6:7).  If you owe allegiance to the devil in any form either by belonging to satanic cults, esoteric societies, spiritism and the like, in spite of your claim to Christianity, it has been a sheer waste of time and energy.  Your good works for God here on earth will not fetch you salvation.  Truly, you will receive the reward of all you do for the Lord while yet on earth, for as it says in Heb 6:10 “For God is not unjust; he will not overlook your work and the love that you showed for his sake in serving the saints, as you still do”.  But on that glorious day, the kingdom of God will be shut in your face!!  Why?  Rev 21:27 “But nothing unclean will enter it, nor anyone who practices abomination or falsehood, but only those who are written in the Lamb’s book of life”.  Furthermore, in Rev 22:14-15, we are told, “Blessed are those who wash their robes, so that they will have the right to the tree of life and may enter the city by the gates.  Outside are the dogs and sorcerers and fornicators and murderers and idolaters, and everyone who loves and practices falsehood”.

Who are those who love and practise falsehood?  They are such who have sold their souls to the devil albeit they believe in and work for God.  They are the hypocrites, their souls bear the mark of the beats and hence cannot enter the city of God.  Jesus rightly put it when He said it is not all who call me Lord that shall enter into the kingdom of God.  You cannot serve God and mammon.  You cannot by works of righteousness conceal your tainted soul.  When you pray and fast, God answers you quite all right.  You preach the gospel in His name and He wins the souls of others through you.  But take heed of what Paul says in Rom 2:4-5 “Or do you despise the riches of his kindness and forbearance and patience? Do you not realise that God’s kindness is meant to lead you to repentance?  But by your hard and impenitent heart you are storing up wrath for yourself on the day of wrath, when God’s righteous judgment will be revealed”.

Now is the time for you to surrender all to Jesus.  Jesus said to the church in Sardis, “Rev. 3:1-3    “And to the angel of the church in Sardis write: These are the words of him who has the seven spirits of God and the seven stars: “I know your works; you have a name of being alive, but you are dead.  Wake up, and strengthen what remains and is on the point of death, for I have not found your works perfect in the sight of my God.  Remember then what you received and heard; obey it, and repent. If you do not wake up, I will come like a thief, and you will not know at what hour I will come to you”.  Let your lot be that of those “who have not soiled their garments (i.e. their souls) they will walk with me, dressed in white, for they are worthy”.  If you conquer, you will be clothed like them in white robes, and I will not blot your name out of the book of life; I will confess your name before my Father and before his angels”     Rev 3:4-5.

In Malachi 3:17, the Lord says of those who fear Him and thought of His name – “They shall be mine, says the LORD of hosts, my special possession on the day when I act, and I will spare them as parents spare their children who serve them.  Then once more you shall distinguish between the righteous and the wicked, between one who serves God and one who does not serve Him”.

On this note, let each one dwell on Jesus’ warning – “Someone asked him, “Lord, will only a few be saved?” He said to them,  “Strive to enter through the narrow door; for many, I tell you, will try to enter and will not be able.  When once the owner of the house has got up and shut the door, and you begin to stand outside and to knock at the door, saying, ‘Lord, open to us,’ then in reply he will say to you, ‘I do not know where you come from.’  Then you will begin to say, ‘We ate and drank with you, and you taught in our streets.’  But he will say, ‘I do not know where you come from; go away from me, all you evildoers!’  There will be weeping and gnashing of teeth when you see Abraham and Isaac and Jacob and all the prophets in the kingdom of God, and you yourselves thrown out”.  He who has ears let him hear what the spirit says. 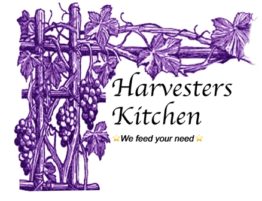 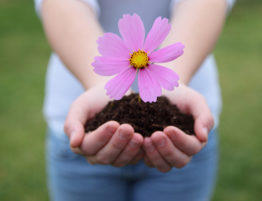 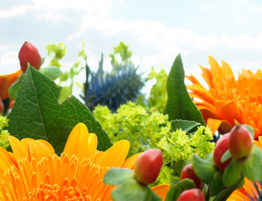